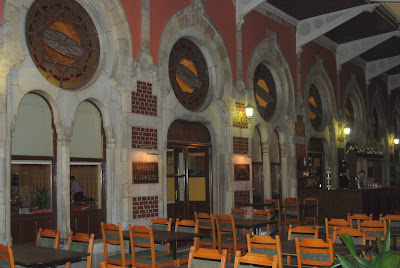 The Orient Express doesn't terminate in Istanbul any longer - but you can still find the restaurant... 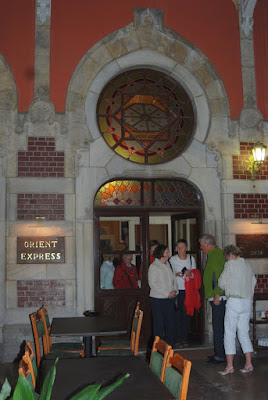 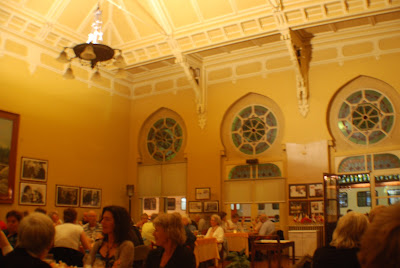 It was built in 1890 - on the cusp of Gothic becoming Art Nouveau, with an added splash of Ottoman sensibilities. It's a fantastic space.

For some reason (even when he we told him we were English) our waiter spoke to us in French. We played along (spoke along?) and it became a running joke between us. The food was good (but you might as well eat in cheap places as posh ones in Istanbul, as the food tends to be the same but better) - and it was a really fun evening.
Posted by MissT at 12:05 PM