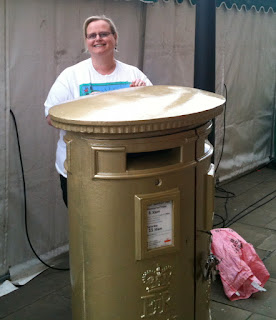 Last weekend we were up in Huddersfield. Here I am with Ed Clancy's golden postbox.

We went to the Huddersfield Food Festival, which took place in St George's Square, outside the station. Slap in the middle of the square, is a statue of Harold Wilson.

Here is my beloved hanging out with the great mam.
Posted by MissT at 4:32 PM No comments:

Down at Eton Dorney 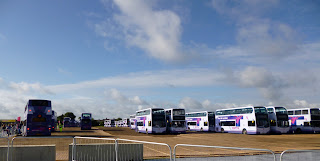 Yesterday, Adam and I went down to Eton Dorney to watch the Olympic rowing. The organisation was absolutely superb. 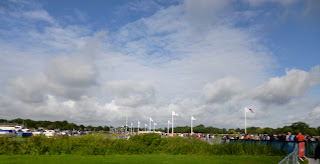 That said, as Adam pointed out, if the British can't organise a queue, who can? 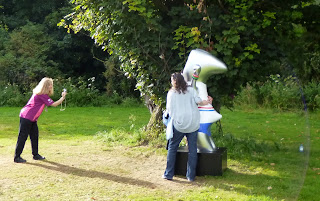 The volunteer 'Games Makers', were all genuinely good humoured, even those who were guiding people in the underpass under Maidenhead station. 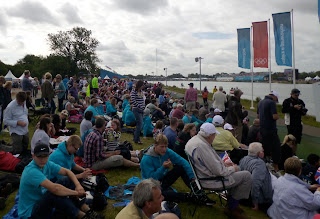 Here is our spot. 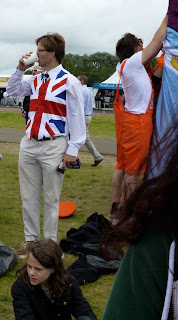 The man on the left is doing his bit against the Dutch, who should have won a medal for mad clothes. 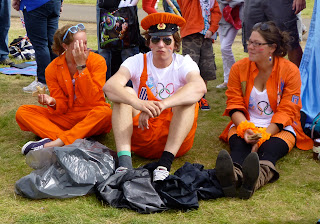 The chap in the middle has extra points for wearing a hat, as all gentlemen should.

The races started at 9.30, by which time it was already rather windy.

"Wake me up for the Finals...can be bothered with these heats."

All the races were pretty exciting...

...but the race of the day was the Women's VIIIs. The 'clunk woosh' of the oars took me back to those early mornings on the river.