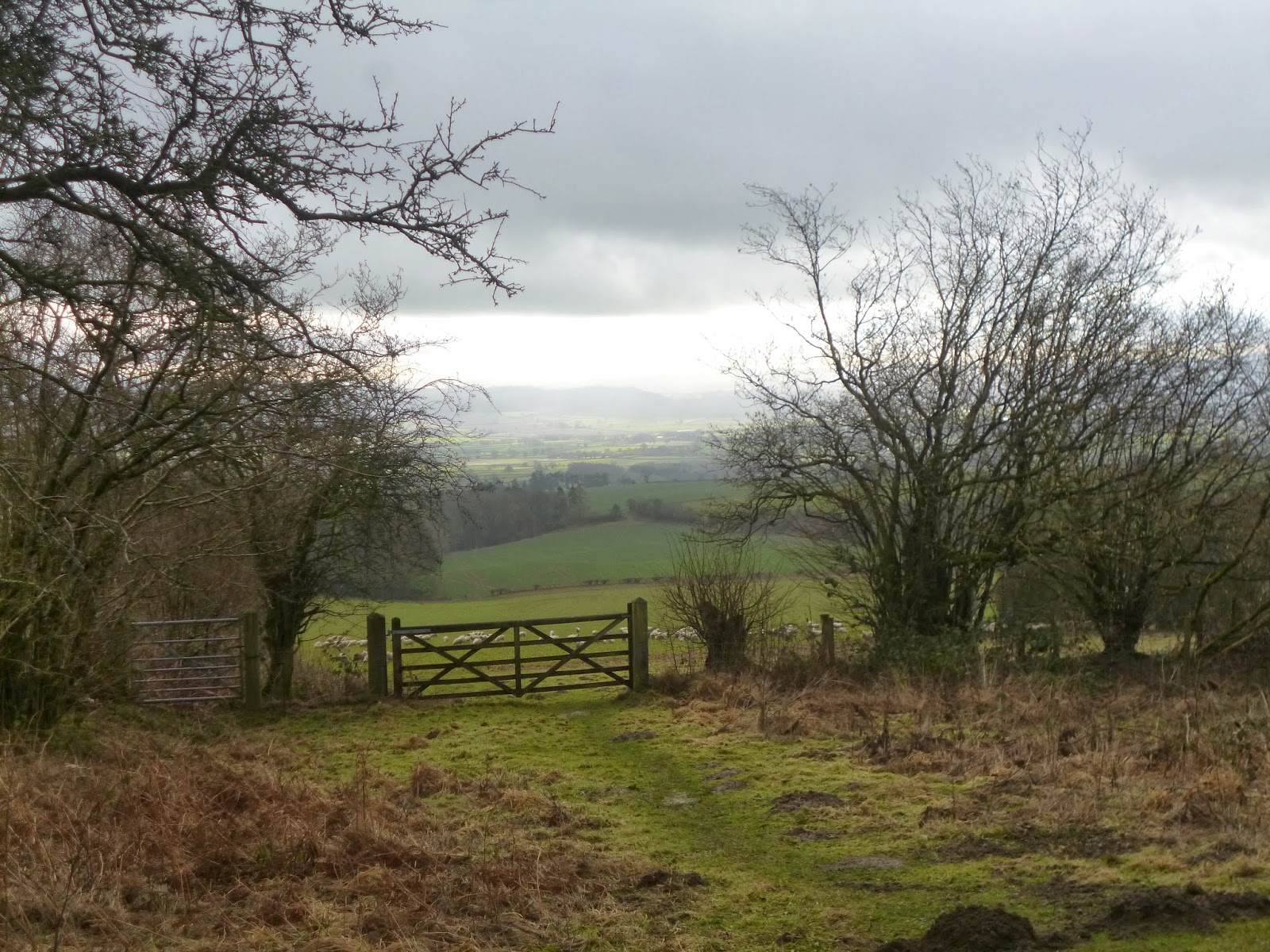 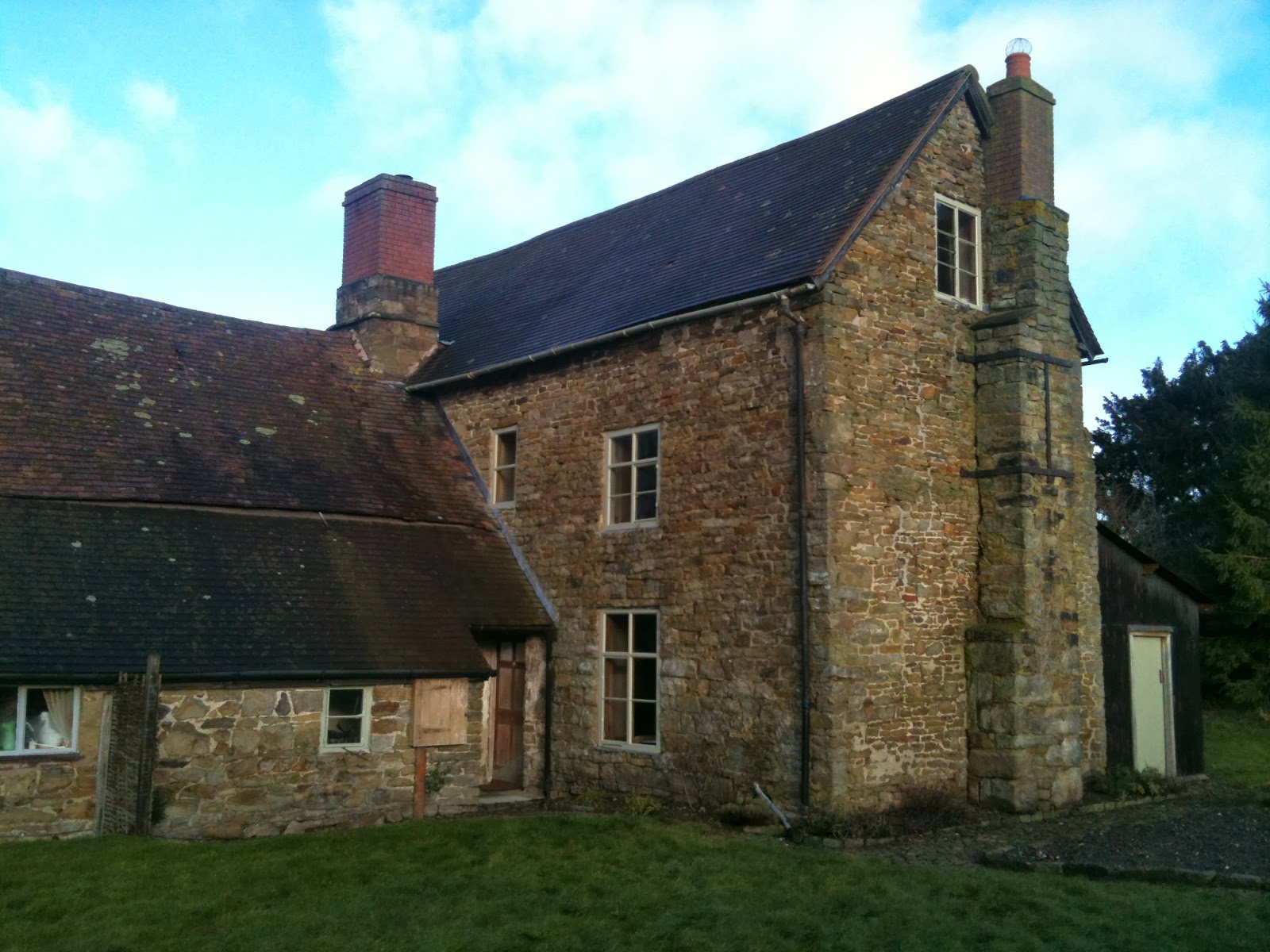 Having had a lovely break there this time two years ago, it was great to join my friends Dr. Bones and Revd. A (not forgetting Boots the Canine-in-Chief) for a few days at Henley Cottage. 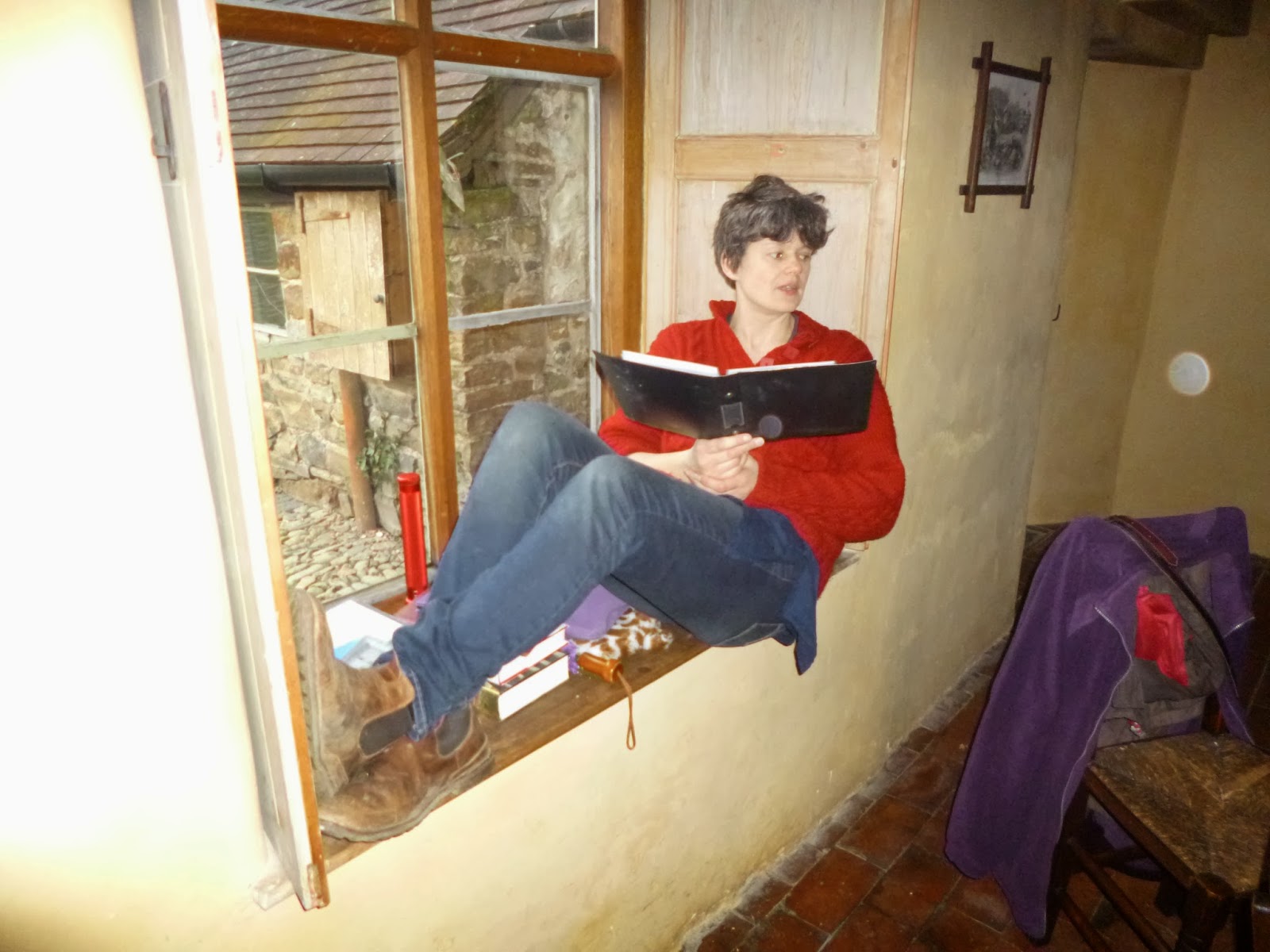 It was the location for the BBC television programme, 'The Victorian Farm', and has been left as the film makers left it, i.e. with no electricity or running water (although there is a flush toilet and swanky shower unit in the shed at the bottom of the garden). 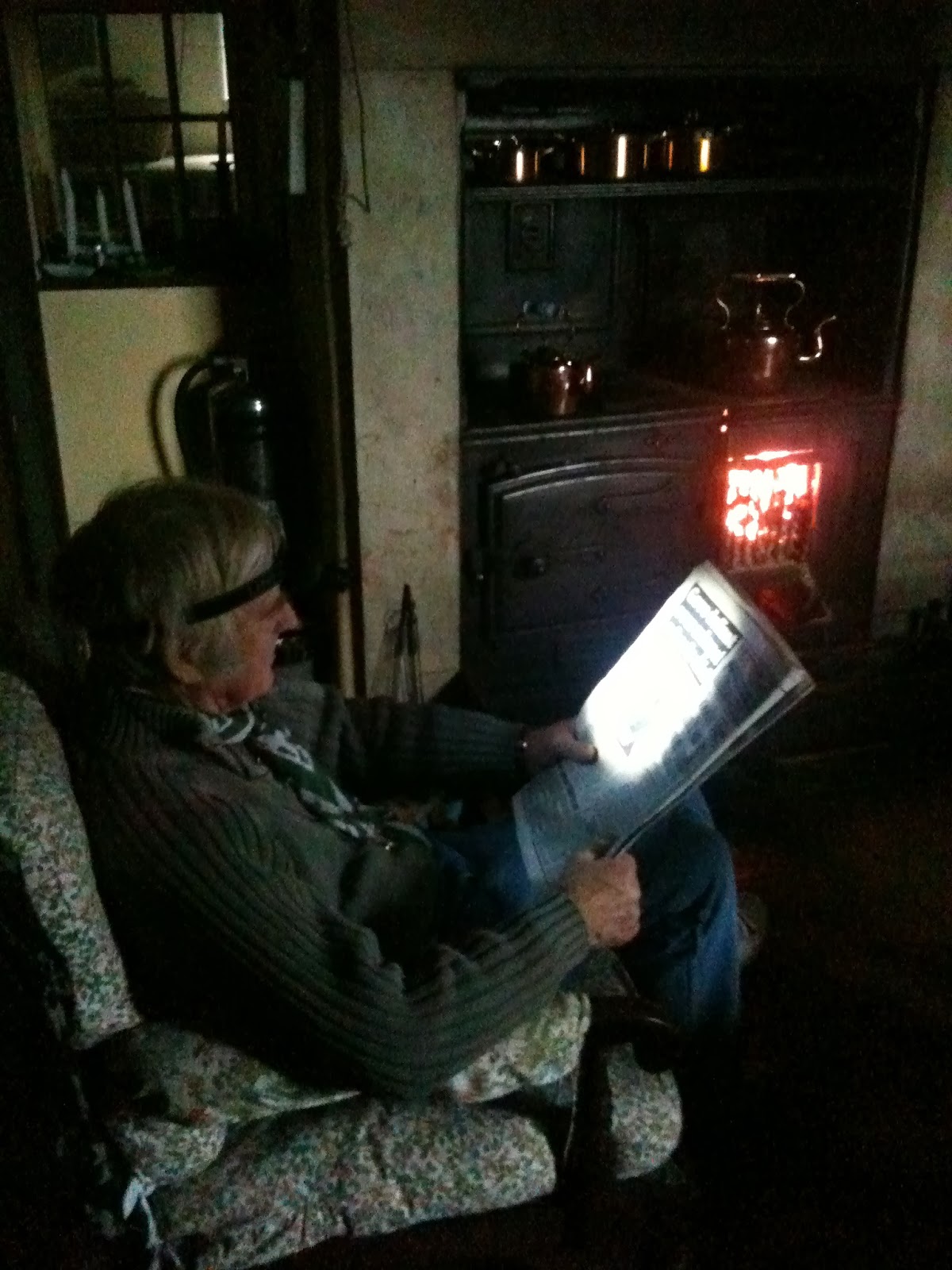 The three humans in the party are avid readers, and as paraffin lamps and candles are very hard on the eye we all cheated. Revd. A read by the light of a head torch.... 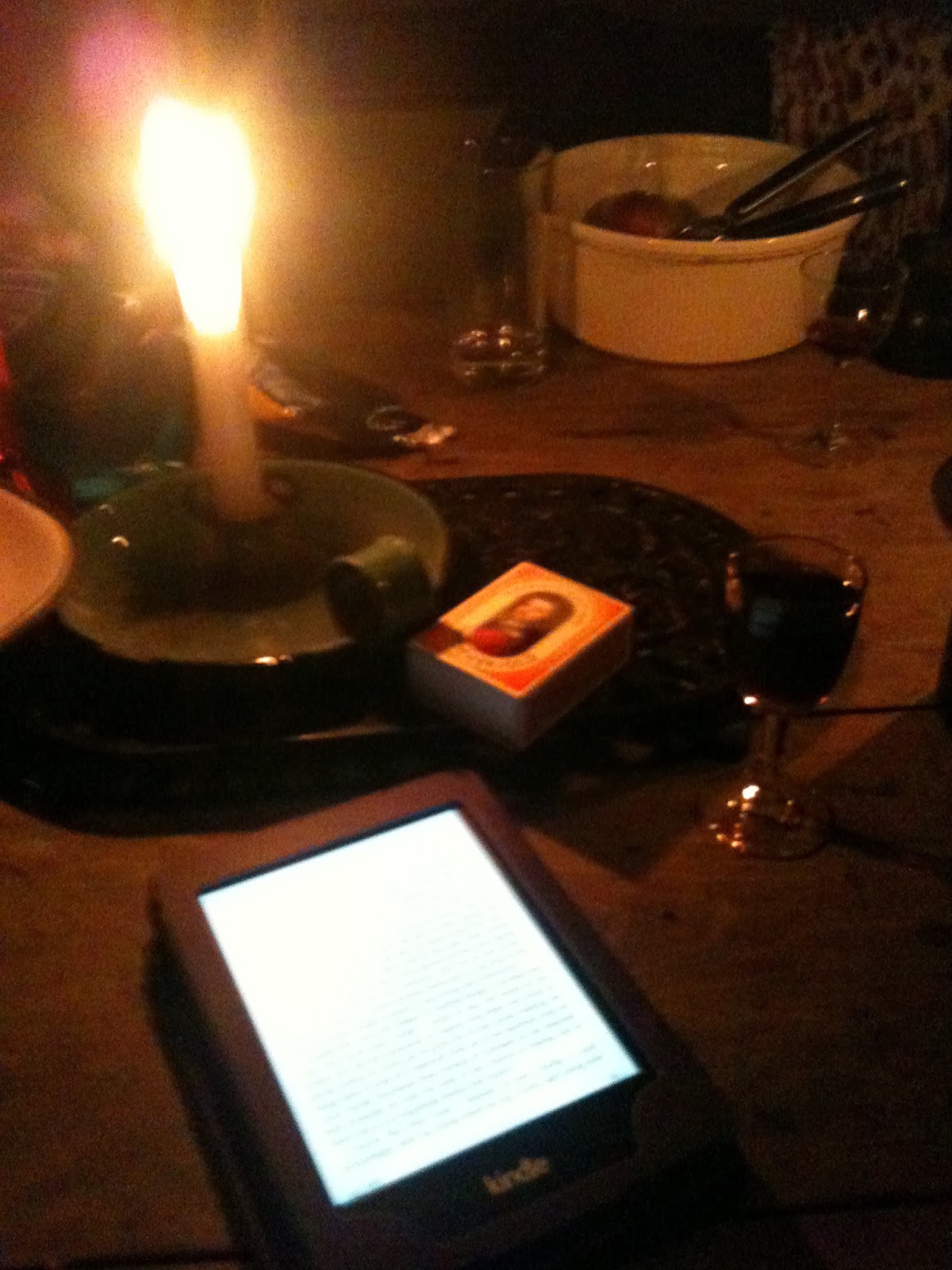 Dr B and I had our trusty eReaders. 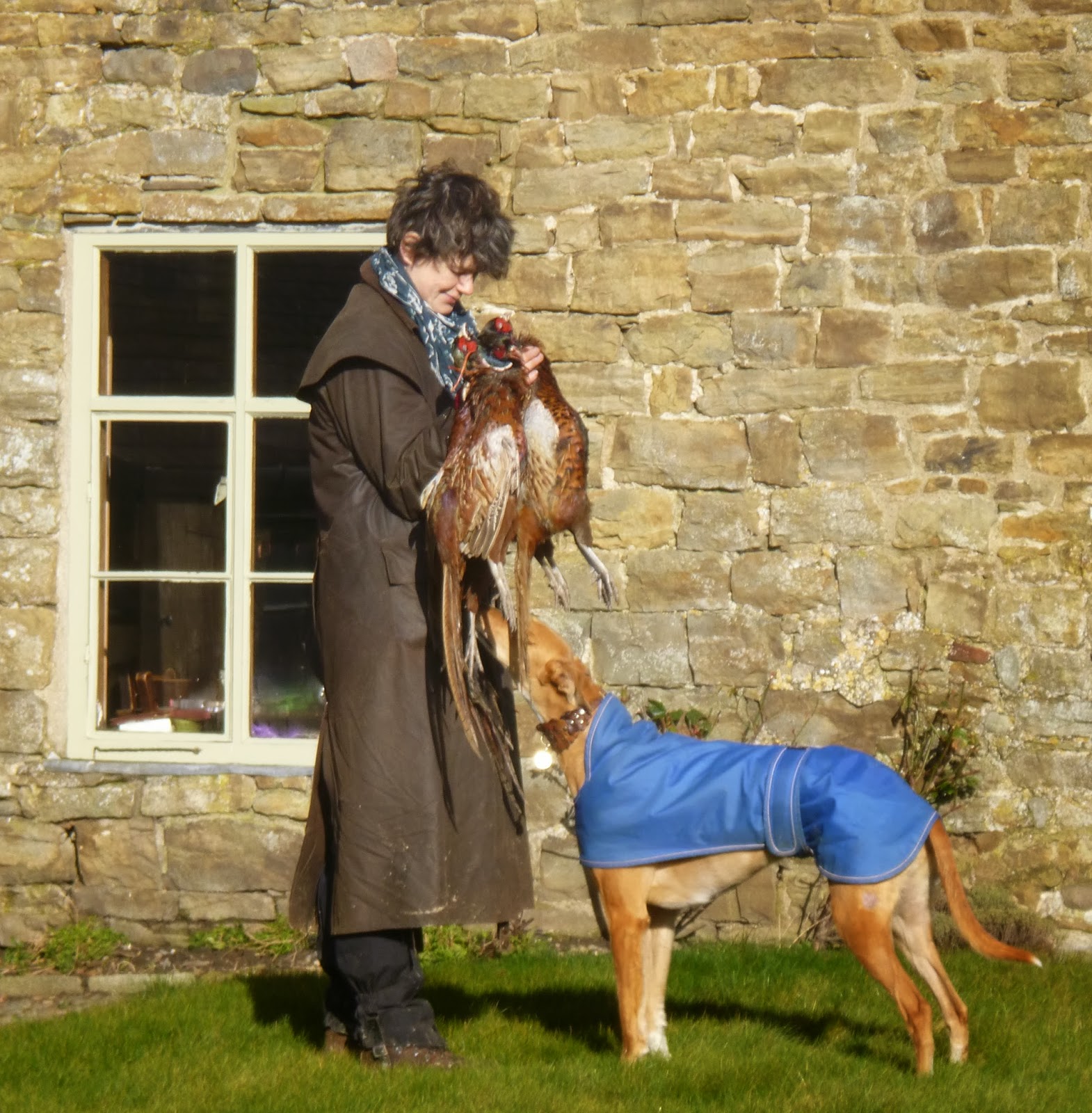 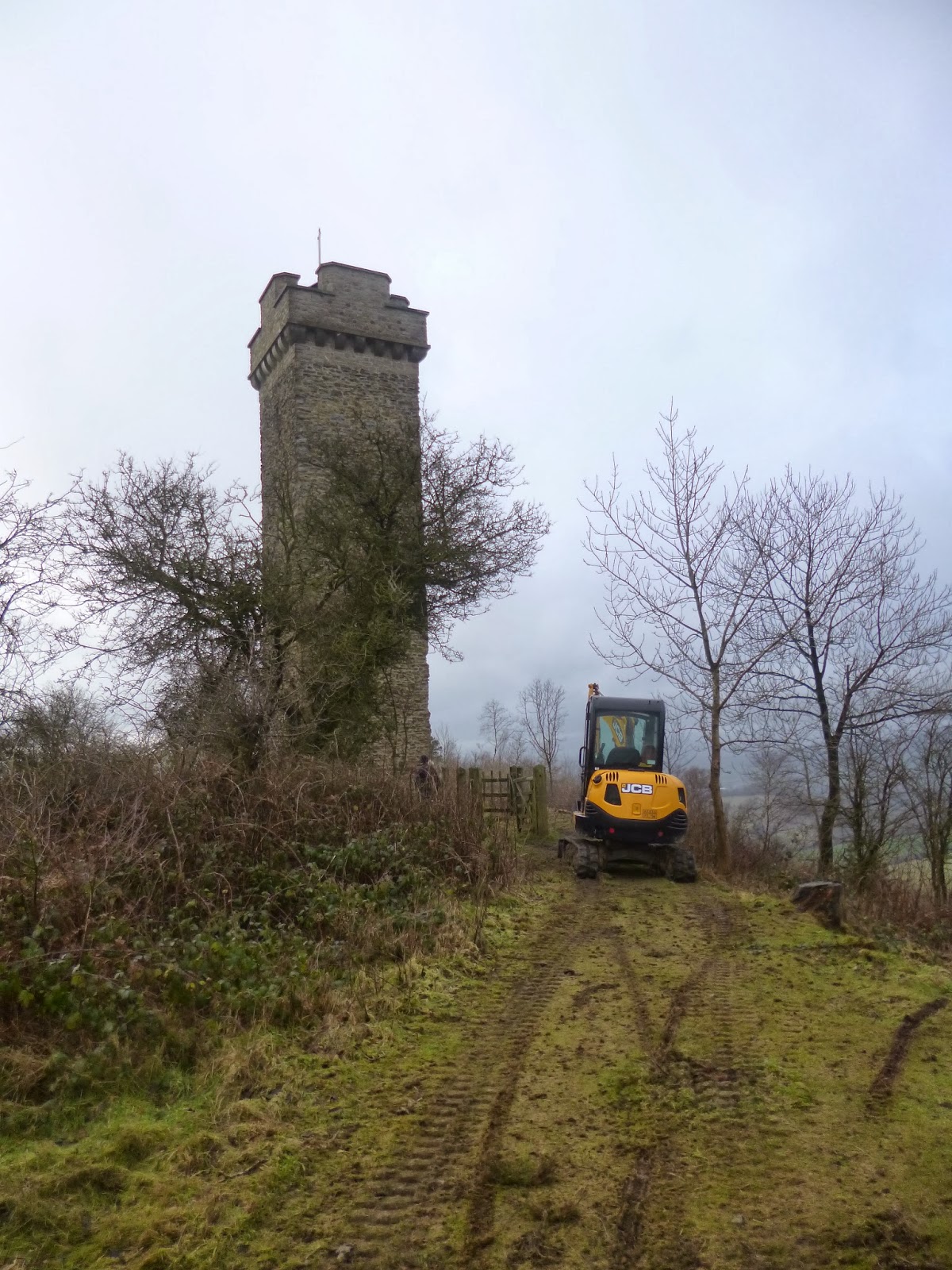 ...and some wet and muddy walks. This one, up to 'Flounder's Folly' was made even worse by the small JCB that had churned up the path. 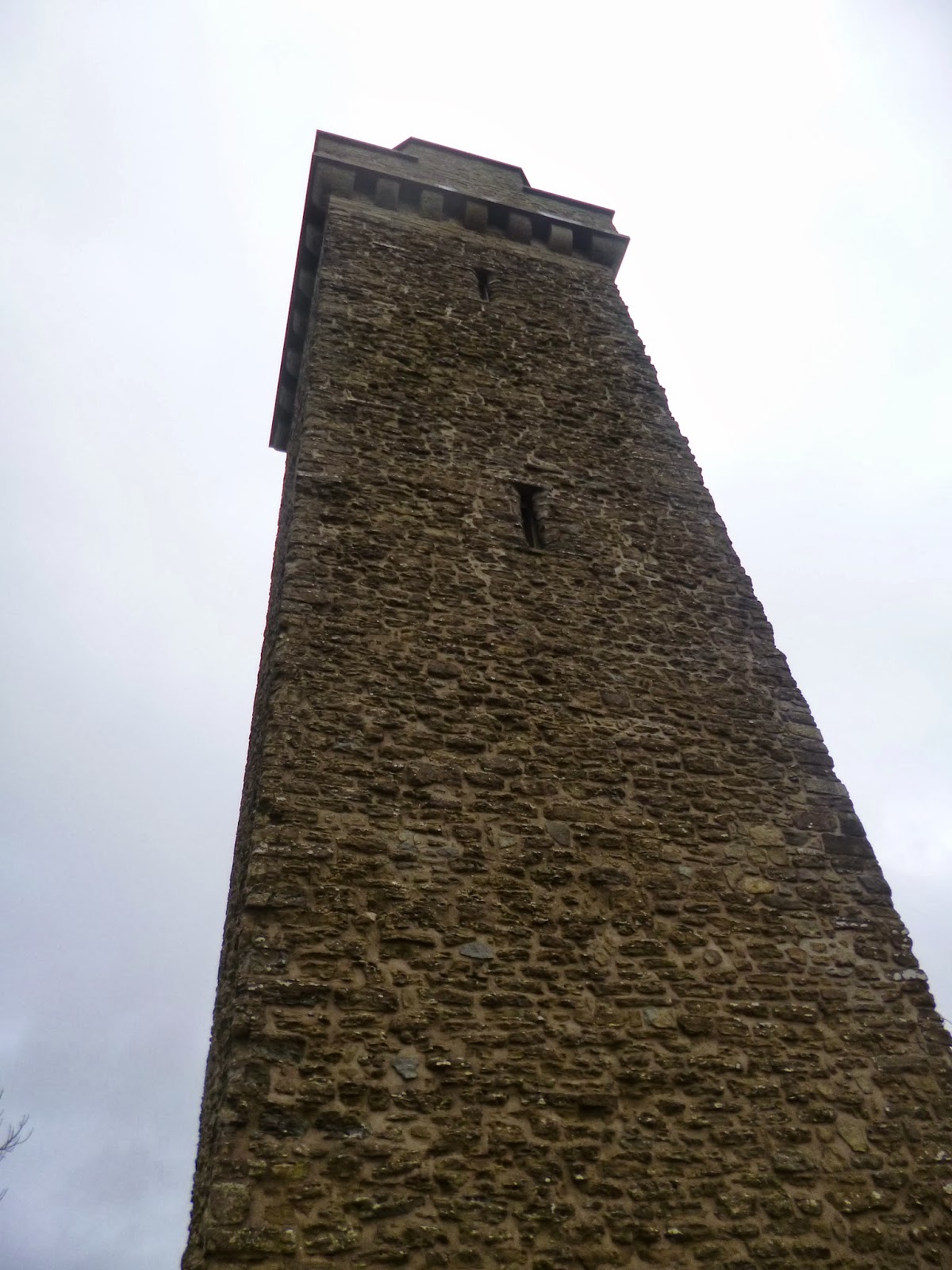 It's an interesting little tower.... 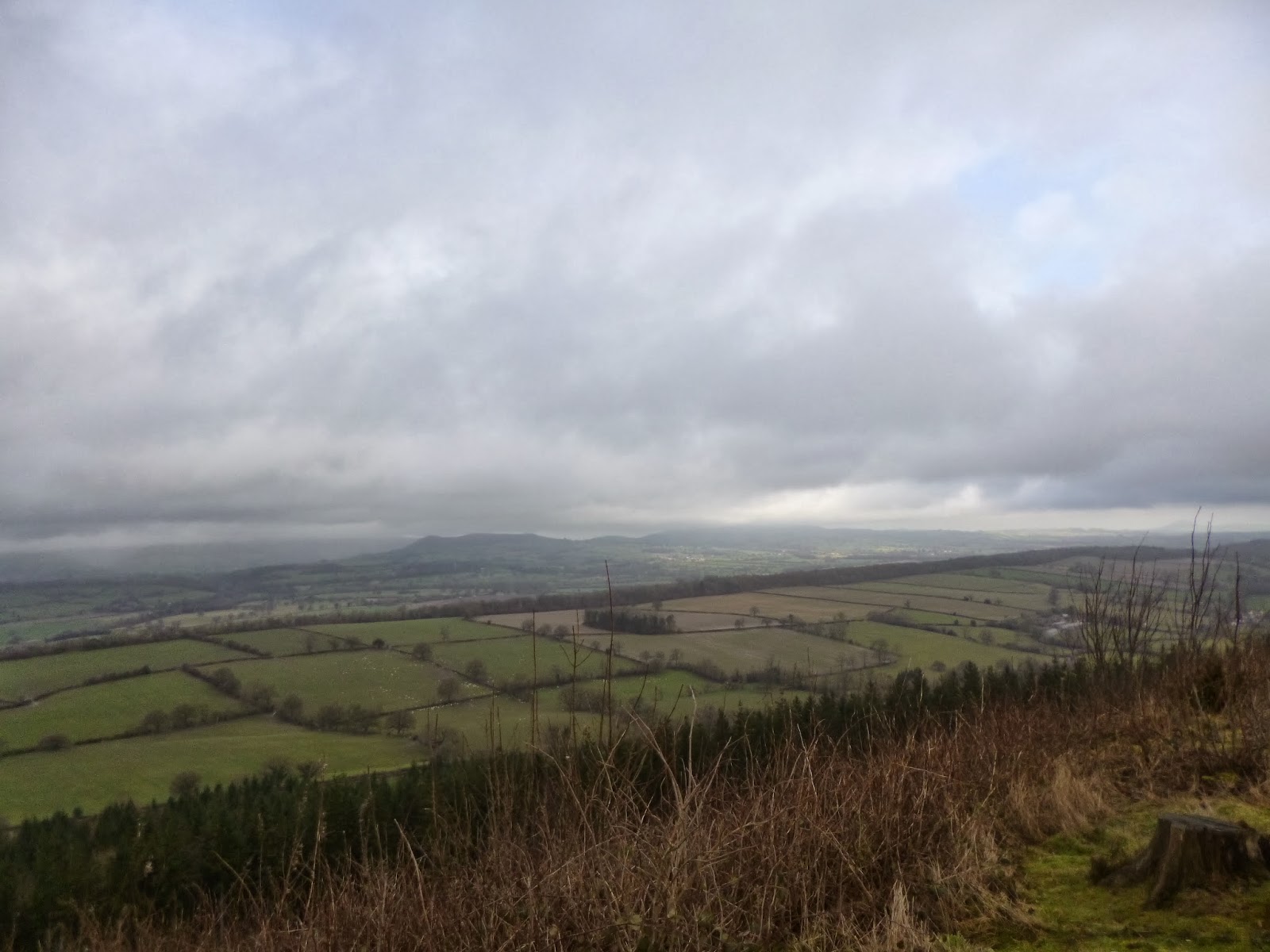 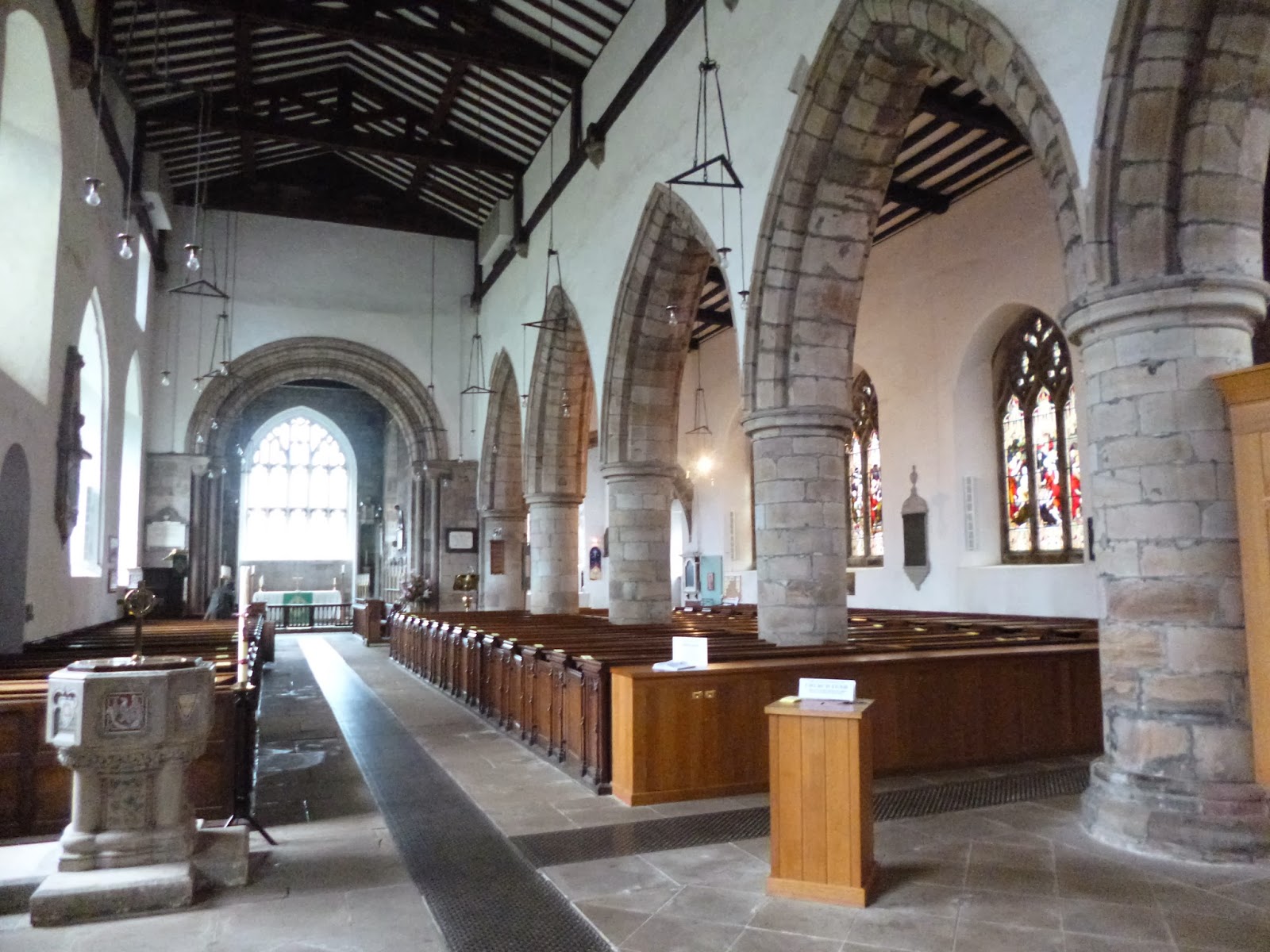 We also had a trip to Much Wenlock, which was closed, due to half-day closing on a Wednesday. I'm rather cheered when I find somewhere in the UK (it's usually the outer reaches of Scotland) that still observes half-day closing. Hurrah for the 1911 Shops Act! 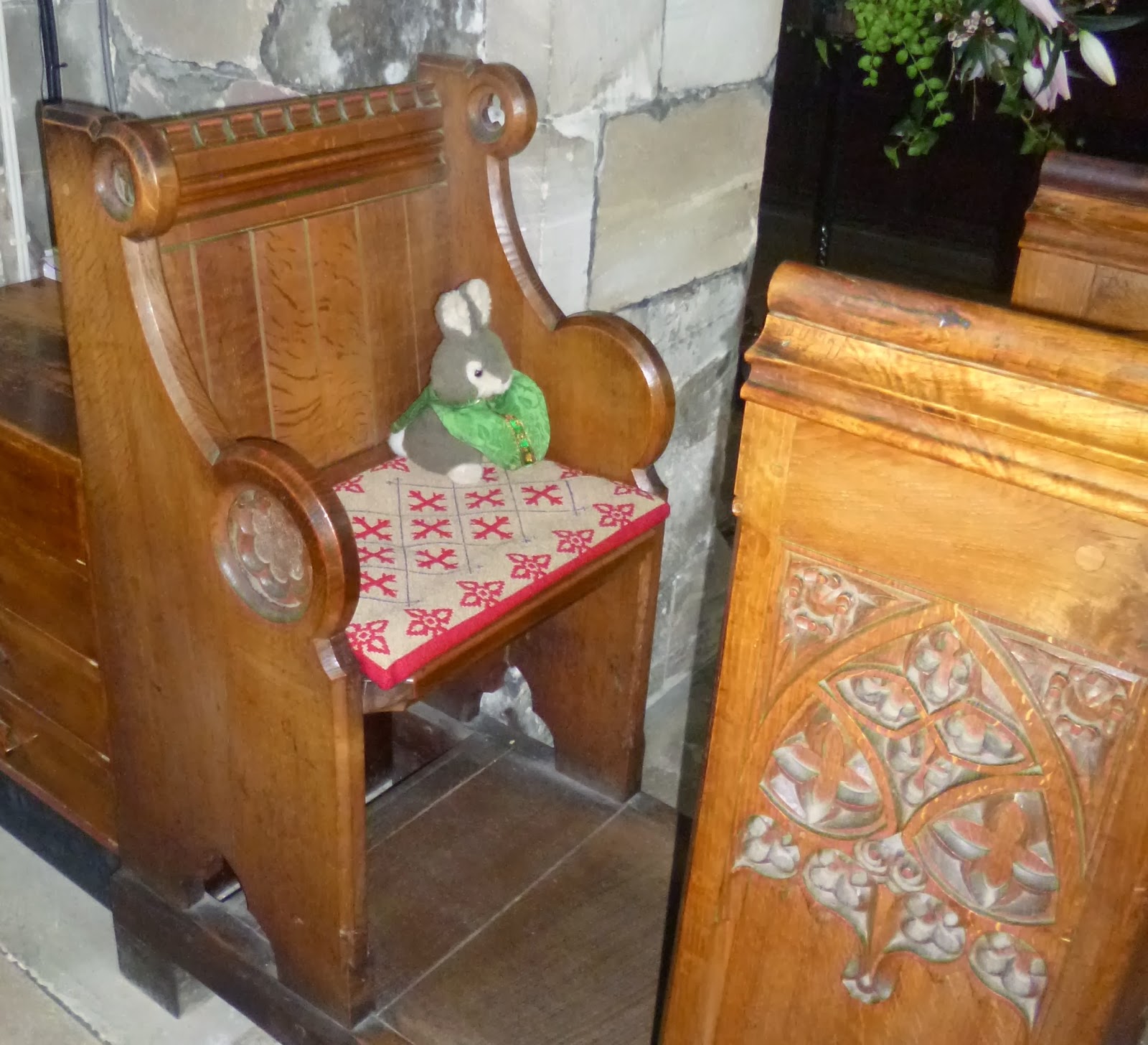 The church was open, and we came across this rabbit in vestments. 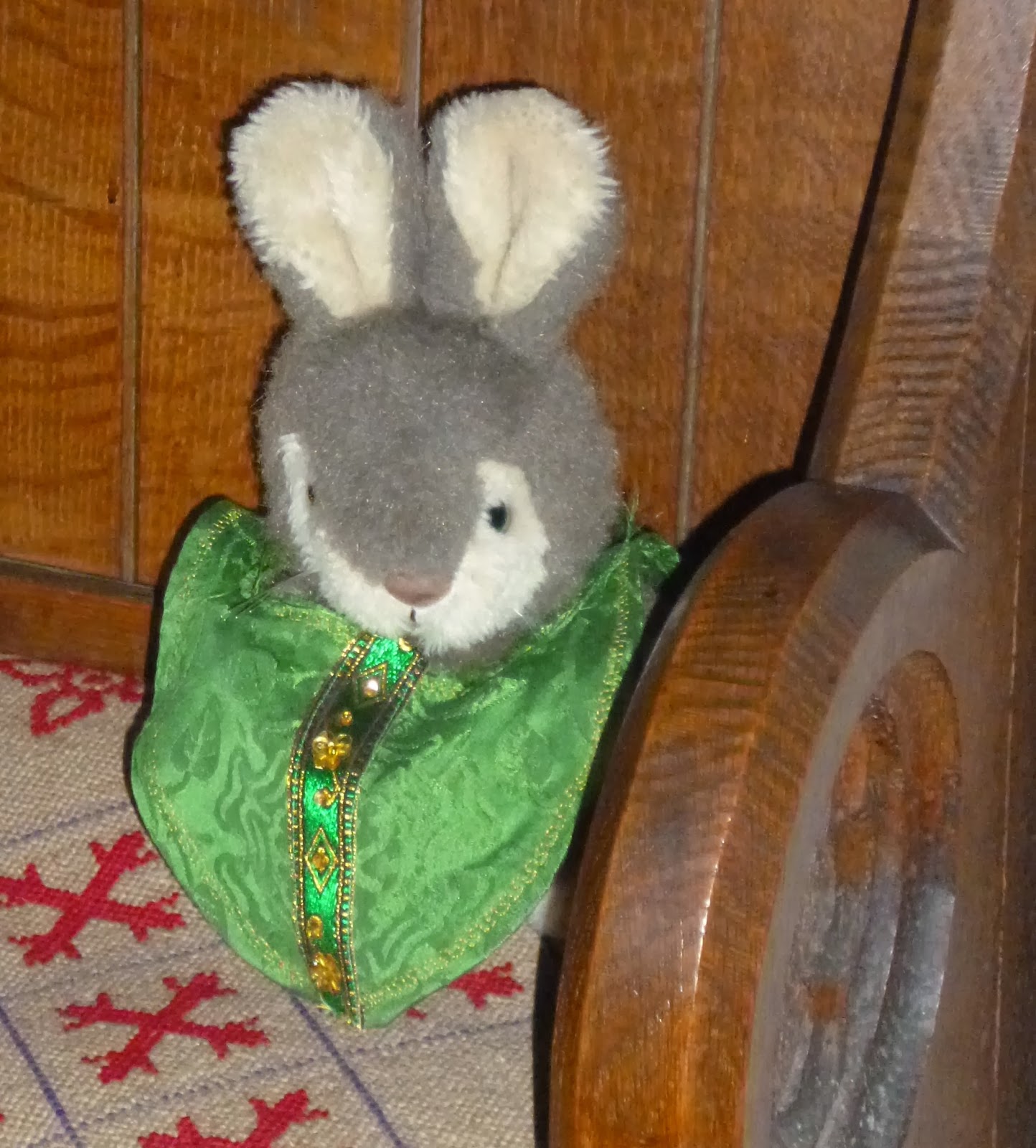 I wonder if he or she (this being CofE) has a full set to match the liturgical calendar? 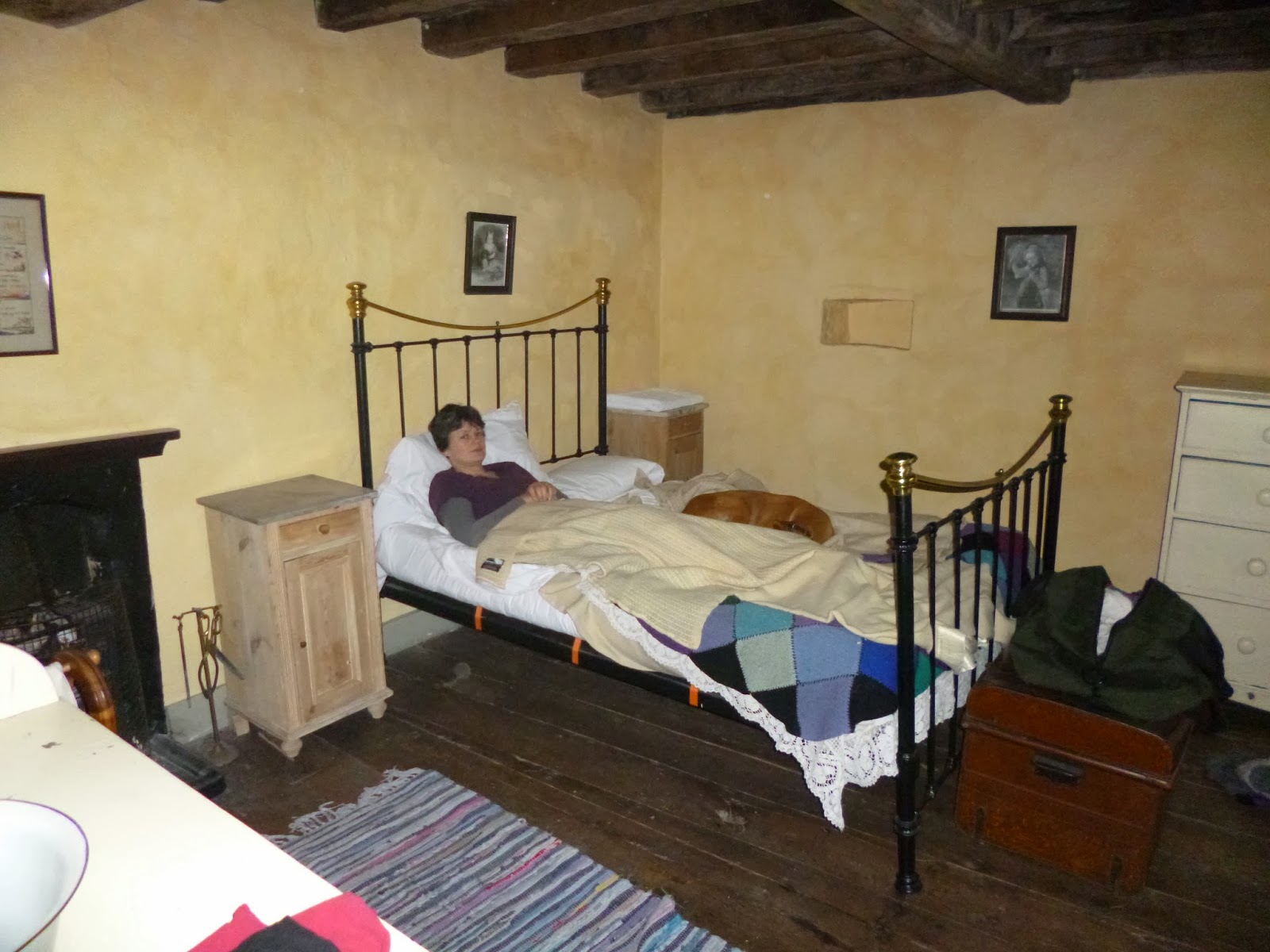 It was all far too strenuous, and poor Dr. B retired hurt... 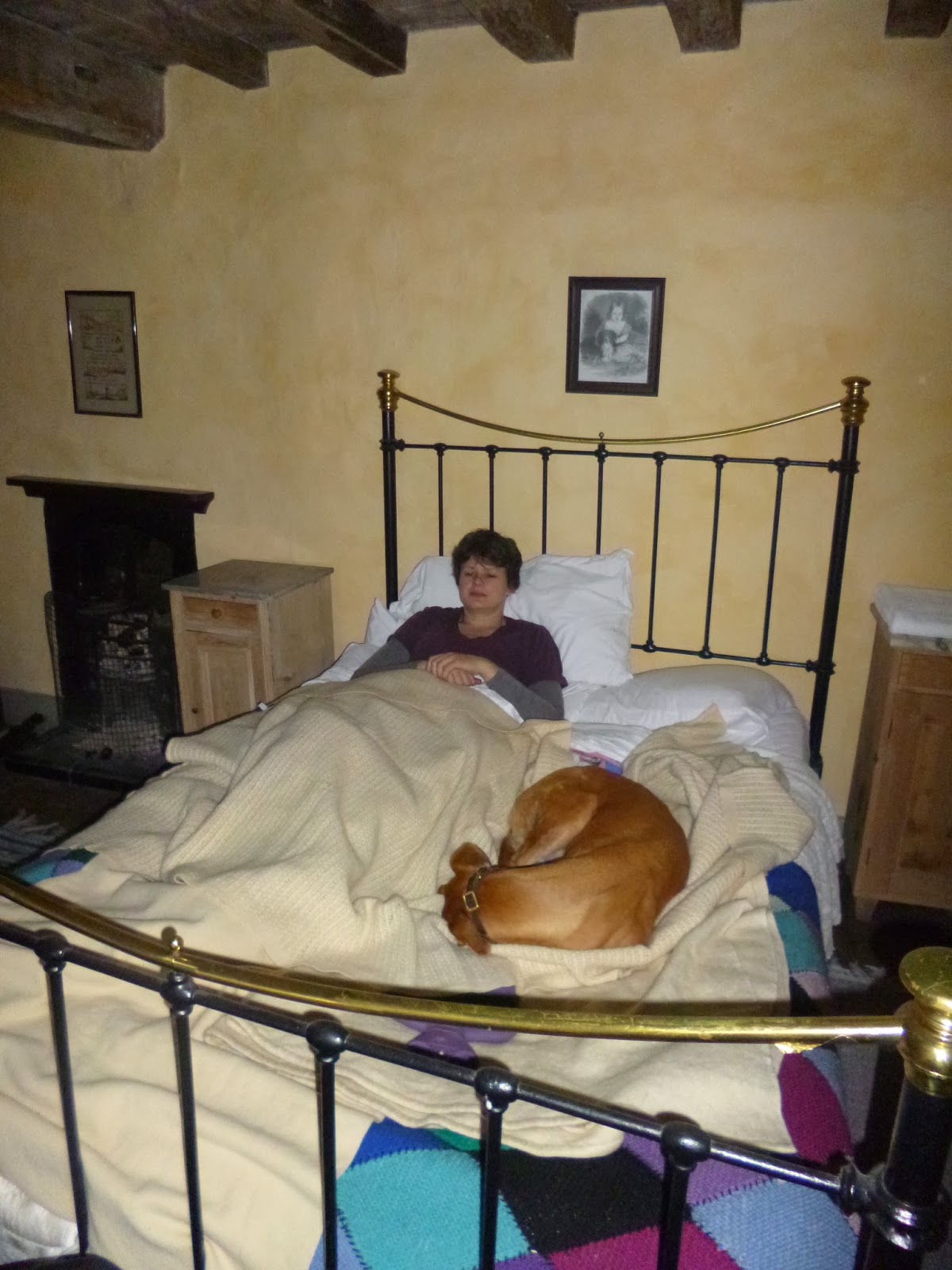