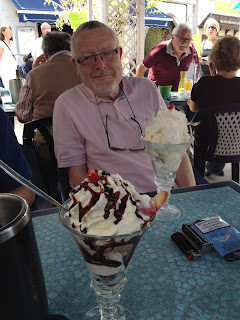 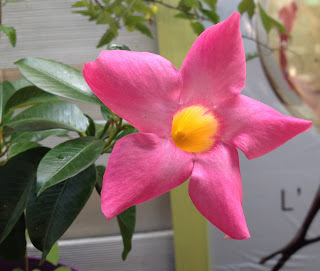 I'm not sure what this flower is, but there were a lot about and they were absolutely beautiful... 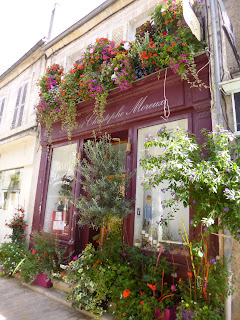 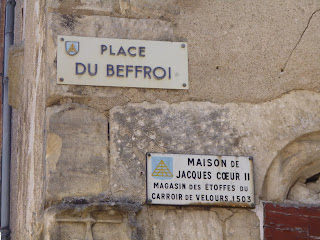 It was great to see this old house... 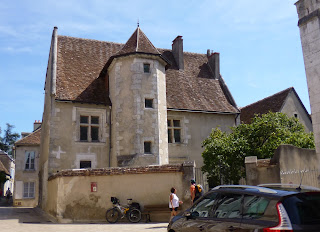 ...restored to some of it's former glory. 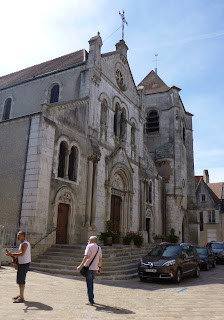 Outside and inside the church we were menaced by a busker, who followed us round playing the guitar. 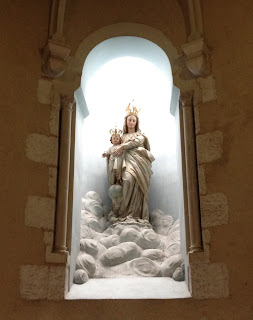 This BVM is very kitsch, but very effective. I have a vivid memory of seeing it when i was a child. Seeing it again this summer dropped me back into that memory, a very strange feeling. 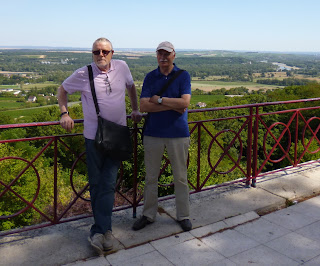 My blogging seems to have grown to a halt of late. I think it's partly down to putting lots of stuff on Facebook, and partly because all my photos are on my elderly MacBook which is now going incredibly slowly. I need to find some way round it.

Here are some photos from the summer. 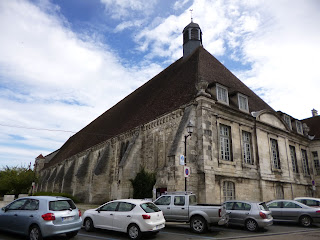 We see Tonnerre from a distance when we travel down to Moulins-Engilbert. This August we finally made our way there. This is Hôtel-Dieu Notre-Dame des Fontenilles...this fabulous old hospital building, founded in 1293, is now a museum and art space. 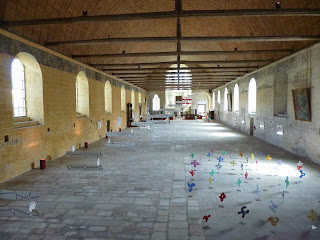 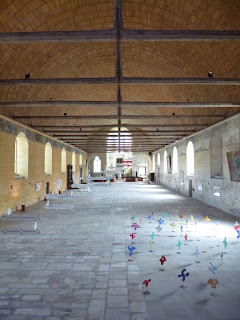 It was a shame about the art exhibition, which was uniformly dire. 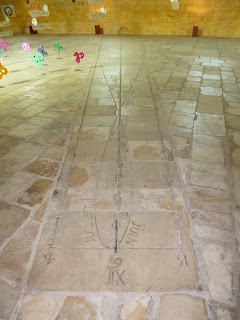 On the floor is this lovely eighteenth-century sundial, the elongated figure of eight. It used to be marked out in copper, but that was stolen during the French revolution. 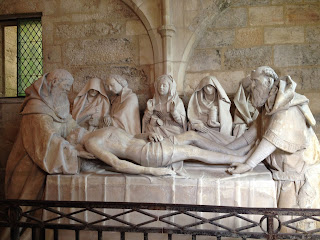 At the back of the main hall, down some steps, is this beautiful entombment of Christ, which dates from 1454. 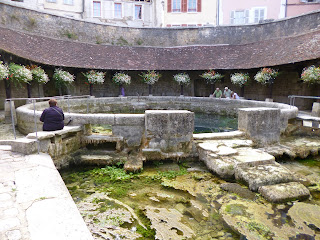 Tonnerre is also home to the Fosse Dionne, which is a natural deep water source, used from Roman times. It's last incarnation was a public washhouse. 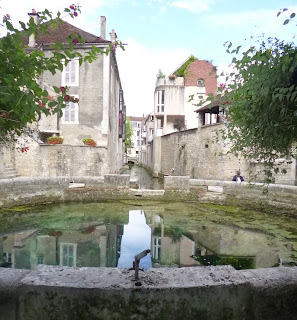 Sadly, when we were there, the water level was quite low. 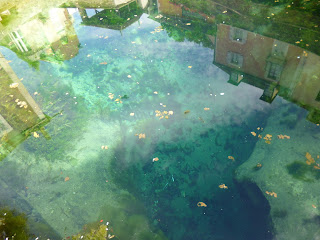 It was easy to imagine a creature lurking in the depths.
Posted by MissT at 11:26 AM No comments: